Who here can be RETRO at times?

If I was anymore Retro I would be wearing and animal skin and Hand Painting the walls of my Cave with graphics of long extinct animals.
I firmly believe that Nostalgia Is Not What It Used To Be..............
B

Please, @Las Palmas Norte , add it to the joke thread if you haven't already!

"Going retro" is a style thing. It is (or can be) similar, I think, to a financially sound person choosing to wear torn jeans.

It is calling "cool" what in fact isn't.

Take me for example. I mentioned in an earlier comment that my stereo is largely '70s and `80s. The system is in appearance "retro." -Large box speakers, multi large separate components. Gobs of power (along with only so-so efficiency). All old stuff, right?

But the why of it in truth has nothing to do with my liking "retro" as a style. It is just a matter of my having invested big bucks in the system back when it was anything but retro. And I see no reason to spend that money all over again.

New stero gear is smaller, in part because it can be. Modern electronics, modern 'trickery' that allows for more bass without the big speaker cones once needed to create it. And also because modern life is often lived in smaller spaces. Something that mine simply is not.

But what about driving an old car?

I suppose my still driving a mid-70s convertible could be called "retro." I do prefer its old school feline-based design to modern sleekness.

But it is at least equally true that I drive it because it is what I have. And if that I could have a modern version -- a small, responsive, good handling convertible that gave up those feline looks and replaced them with total reliability and even better performance -- I'd do the trade. (And indeed have for a while thought of actually doing so.)

"Wouldn't be as cool" you might say, and you'd be right. But that is the anti-retro truth. Its looking cool is not why I drive it. I drive it for personal sensual pleasure.

I drove a Toyota Corolla made the same year as my Spider for over fifteen years. -Indeed until its bottom was almost literally dropping out. (The jack went right thru it when I went to change a tire!) Only then did I replace it.

"Cool"? Nah. The Boston public schools had gone down so that they no longer were working for my son's future. Jan and I drove that old rust bucket because private school tuition simply made that necessary for is for a time.

I do love my older guitars and amps. But although they may appear "retro" so, equally, do many of the new ones. A Tele is a Tele is a Tele. True for Les Pauls and ES guitars, too. And new vs old Fender Twin Reverb amps.

Yes, I do quite often wear old looking clothing. But that is not a style statement, it is just what I early on came to like and really don't care how it makes me look in other's eyes.

Well in a real sense I guess that is what I am. (Or at least the distant echo of one.)

That was a style thing. What I do today isn't.

No, thinking about it I'm not really "retro." I'm just a person in his later years who continues t be me. 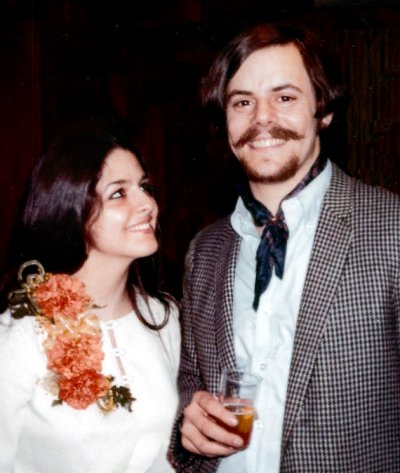 (All really and truly once basically so)

I remember in the late 90's swing dancing made a brief comeback in Ottawa. my roomate was into it big time. Talked about it constantly, played the music constantly, freaking annoying. Like most fads. the more it's pushed in my face the less I like it. sundays in winnipeg involve smelling the stench of unburnt fuel as everyon drives thier old vintage clunkers around to show them off. I'll take something new any day. that said I use my stuff until it's dead. so I do own some "retro" stuff. my parents still have a rotary phone, dead now since all the exchanges have been upgraded. would I want to use one. God No, remember that one friend that had a 9s in their number. so bloody long to call them.

I like the old vintage cars but I can’t stand the stink that goes along with them.

I was "retro" most of the day at a car show. 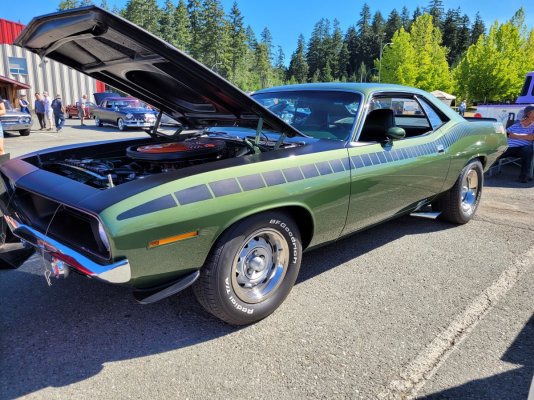 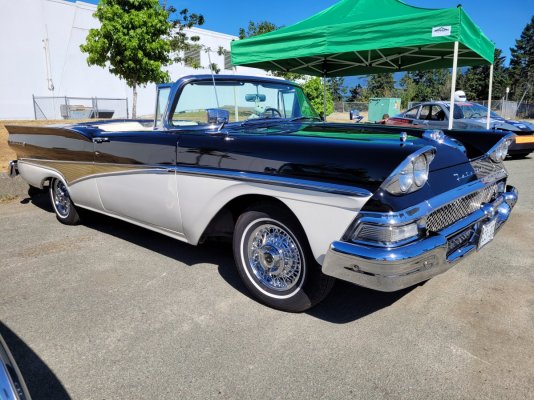 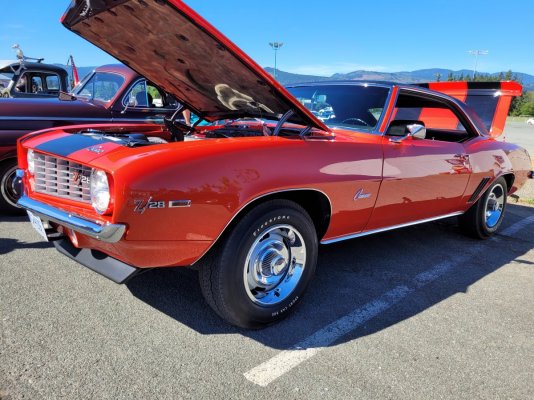 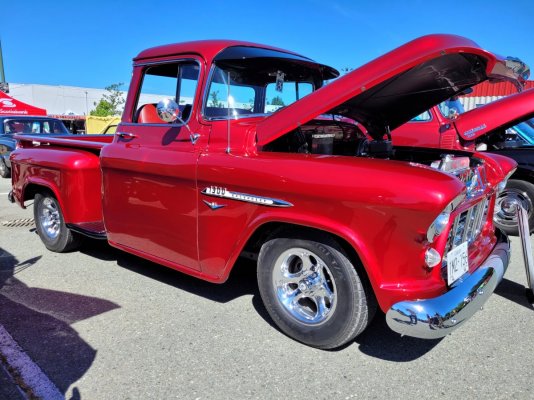 Las Palmas Norte said:
I was "retro" most of the day at a car show.

I like all of them but the Cuda is real nice

Eddd said:
I like all of them but the Cuda is real nice 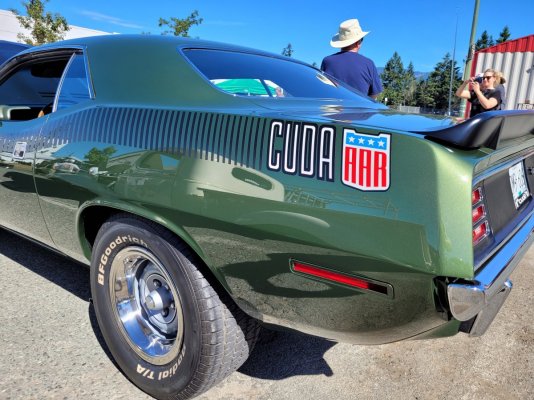 Gettin' old enough to recognize it!