So this guy started life as a Hungarian made M44 Mosin Nagant. But I was never happy with that he stock that it came in, someone had cut the folding bayonet off. I admittedly made some poor choices concerning the bolt, as I had been bitten by the whole scout rifle thing and this was pretty early in my gun collecting days. I threw the stock away and put it in a Boyd’s thumb hole stock, stuck a really heavy scope on it, and even without the bayonet by the time I was done making it into a ‘scout’ rifle it was damn near 15 pounds. I took it all apart sold off the extra bits and I was now missing several pieces and my poor welding job had failed on the bolt handle…. (I tried to use electrical solder)!!! I was not so smart back then, but I can admit when I make a mistake, especially when I learn from it. So at this point I’m missing the rear sight, I have no stock, and I have at best a disfunctional bolt in need of a new bolt body. I stuck it in the safe to sit on till another day. Well, like in my post about the Carcano, the divorce happened and I’m scrambling just to have guns that I can go shoot with. So this came back out of the closet. Found a 91/30 stock, got my hands on another bolt body, …and then realized that I was missing the interrupter, interrupter spring, Interrupter screw, trigger, trigger pin, sear, and sear screw… they got lost in the exodus from my past life. But whatever, I need to start work on this project. So the stock has like 15 coats of black bbq paint on it. I sand all of that off and stain it. The stain comes out really blotchy and not pretty at all. So I sanded it back some, letting the stain stay in the spots where it soaked in more but letting the natural color of the wood show through. Then I hit it with a translucent red lacquer. Looks amazing! Battle worn and all that jazz. Been hitting it with clear coat after clear coat. Other than that I got all the interrupter parts ordered, and I got the action painted in the same flat black engine paint as the Carcano. As soon as I can afford it I’ll be ordering the Timney trigger for it, but I got a rear sight scope mount and a cheapie pistol scope for it. Eventually I will send it off to get a bent bolt. Planning on cutting it down to a 14” barrel and having a flash hider welded in place to bring it to 16.25” with a better night capable scope… probably a Ching sling as well.

You might have to change your MO to "Gun Guy"!

Look what I’ve got here lol. 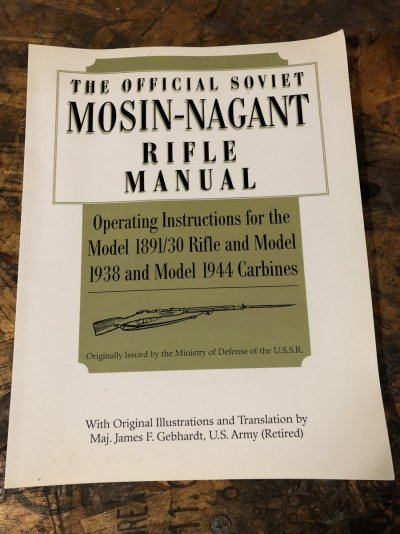 More pics and I have two motorcycles…should I also be biker guy? Lol

And to think of it, everything I’m doing to these guns right now I cut my teeth on doing to guitars. It’s all relevant. And I’m still having fun, that’s what it is all about right?