Haven't seen Stephen around lately, but I did see Crosby Stills and Nash in the early 70's at the old RI Auditorium. They came on stage late, standing crowd was impatient wanting to hear the songs from the 1st album. Band was tuning and re-tuning guitars. A hippie yells "we're real people man". Stills replied "well....these are real guitars, and we're gonna f---ing tune 'em".

I lived in Boulder Colorado in 1974 for a few months. Saw him get tossed out of a Bar!

Was the bar “Dark Horse?”

I've seen every combination of CSNY, all four of them together, CSN, Nash/Crosby, Stills/Manassas, Neil with and without Crazy Horse, and every show was great, except for Rust Never Sleeps, the show that the album and movie came from. The Cow Palace already has terrible acoustics, and the volume level at that show was unbearable. The only place tolerable was out in the lobby. I still, to this day, think that single show contributed a lot to my tinnitus. We were in an area of seating behind the stage, fed by a smaller PA than the main house, and it was still intolerable. I had to literally hold my ears closed for the whole time to keep it from being physically painful, and it was still too loud to deal with. I later read an interview with Neil where he said that it was intentional, because he wanted it to be "The loudest f*****g thing anyone ever heard!". I thought "Thanks Neil, just because you want to go deaf, you don't have to take 15,000 of us with you!". What a jackass. Besides that, Stills is ten times the player that Neil could ever hope to be, but is overshadowed by Neil, because Stills is a soft spoken classy guy, and Neil is a self centered arrogant egotistical loudmouth.
Last edited: Nov 25, 2022

@dpang2836 Did he buy a round before he got bounced?

He did have a bit of a drinking problem in the 70s. When I saw Manassas at the Berkeley Community Theater, he was doing a solo version of For What It's Worth on piano, and, at one point he did a big sweep from the middle of the keyboard to the top end, and he nearly kept going right off the bench onto the floor. In spite of that, the show was amazing, and his performance didn't suffer one iota.

Jim, I can't remember what Bar. On Pearl Street. I lived right above Shannon's, so no sleep till after 1 AM when Biker's went home. I think I remember seeing Pure Prairie League at Shannon's. Bar was down the road and across the Street. I was just walking by when he was being Escorted out! He lived up on Gold Hill I think? I was only 20, so 3.2 Beer only! Drink like 4 Pitchers and not even a Buzz! I should have drove him home for one of his Martin's!
Last edited: Nov 24, 2022

SoCalJim said:
Was the bar “Dark Horse?”
Click to expand...

surf green said:
@dpang2836 Did he buy a round before he got bounced?
Click to expand... 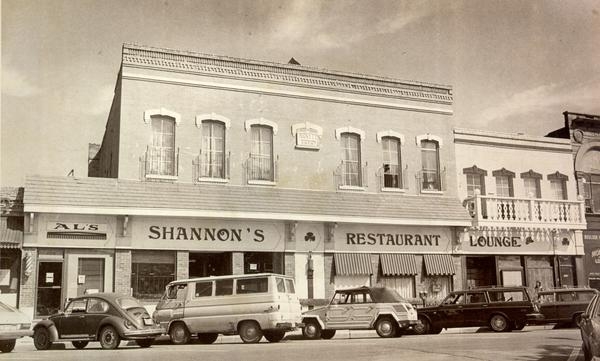 Stills was born in Dallas, but, being in a military family, he moved around a lot, and spent some years of his youth in Gainesville. Don Felder, Tom Petty, and the Allmans were all from Gainesville Florida, and they all knew each other and some even had bands together when they were teens.

surf green said:
Haven't seen Stephen around lately, but I did see Crosby Stills and Nash in the early 70's at the old RI Auditorium. They came on stage late, standing crowd was impatient wanting to hear the songs from the 1st album. Band was tuning and re-tuning guitars. A hippie yells "we're real people man". Stills replied "well....these are real guitars, and we're gonna f---ing tune 'em".

i saw CS&N right after Woodstock at the Greek Theater in LA. Joni Mitchell opened. they opened with an acoustic set first, then the back curtains parted and a moveable platform came forward with the drums, electrics, amps, etc.
B

My Stephen Stills story is back in 76 at the start of the "Stills-Young" tour, Neil bailed early on, and people in the crowd kept yelling "Neil Neil" and Stills barked back, "you knew he wasn't going to be here, so if you don't like it, leave" Then he proceeded to put on a fabulous show. Well done Stephen!

Here's my favorite "Neil Young" song, lol. Rusty even does a great job of imitating Neil's guitar/harmonica/and vocal style.
And here's my favorite Neil Young story from Rusty.
Well, I can't find the video, so I guess Neil got it removed from YT, so you'll have to settle for me telling the story, instead of hearing it from Rusty.
When Poco was just getting started they had no money, and couldn't even afford rehearsal space. However, they had the same manager as Buffalo Springfield. And, one time Rusty borrowed his car, and in the glove compartment he found a whole lot of unused airline tickets in the name N. Young, from all the shows that Neil didn't show up for. Well, Rusty's real name was Norman Young. So, he took all those tickets and cashed them in for a refund, and they then had enough to rent a rehearsal space.
Rip Rusty and Paul Cotton, who we lost in 2021.
IMO, Poco was the greatest country rock band that ever was, and were the band that the Eagles wanted to be but weren't good enough.
I also hate the Eagles for taking two of my favorite songwriters and making them into the highest paid sidemen in history, which they've also done to Vince Gill. Joe and Timmy had so many amazing songs on the James Gang/Barnstorm and Poco albums, and they were lucky if they got one each on any Eagles album.
Last edited: Nov 25, 2022

Even though I'm a Canadian I'm not going to "stick up for" Neil. I suspect he's probably a proper horse's arse but maybe part of why he's where he is, is the songwriting.

Google "Stephen Stills songs". It won't take all that long...

SoundDesign said:
Even though I'm a Canadian I'm not going to "stick up for" Neil. I suspect he's probably a proper horse's arse but maybe part of why he's where he is, is the songwriting.

Google "Stephen Stills songs". It won't take all that long...
Click to expand...

Don't mistake my comments about Neil with not liking his music. I liked his guitar playing (electric that is) during the CSNY and Crazy Horse days, when I thought it was somewhat frantic, but could still be melodic and tasty at the same time. Now, it seems to be only messy out of control noise with little redeeming value, IMO. You have to learn to separate the art/artist from the person. A lot of great musicians are people I probably wouldn't want to spend any time with. The same holds true for actors, athletes, comedians, artists, authors, etc.

Neil and Bob Dylan, I learned how to put up with some bad sounding Voice or Harmonica and judged them by the Songwriting. Bruce S. same way. Stills had more Talent I think and glad to be a Fan!

Still's Fans, just Sit Yourself Down to a Great Song!