I mostly sit to play. I never wear a strap when I play sitting. I have short arms so the shorter the scale the better. I have enough difficulty playing barre chords in some positions. Sounds like an SG might not be for me. But, as mentioned, the only way to know is to try them out.

The "SG" was created by Gibson as a replacement model for their (amazing to even hear this now!) out of style, seen as to old and boring, Les Paul. And indeed the name "SG" was only later attached to the guitar when Paul himself said he didn't want his name attached to it. Then the original Les Paul design regained favor and now Gibson makes both models.

One might think that they's play similarly, but to an amazing degree they don't. Even on thse rare SG (such as my 2004 SG Supreme) that uses the original LP's two wood (maple cap over mahogany) body construction the sound difference is more than I'd at least expected.

Yes, the SG is lighter -- typically by several lbs. And the way it hangs positions itself differently under your hands.

Both traditional Les Pauls and SGs are you either love 'em or hate 'em instruments. I love them both (I've favored Gibson style guitars since the early `60s), and each wins my favor with its individual qualities.

Both are small bodied guitars whose design best suit standing playing. But that said I these days most often play both sitting down, and have come to find such comfortable enough.

Preference model to model has to be personal. They each have a lot of personality, and different PUPS change their sonic charactor more than one might think.

For me the Classic `57s - models that truly recreate the sound and playing dynamics of the original "PAF" PUPS -- are the pinnacle. But if one prefers a lot of overdrive one of the later overwound PUP models might better suit your taste.

My first SG was an Epiphone and it was a fine player. But my current SG -- that 2004 Supreme -- was a gift from my dear one, so it is for me forever.

The Strat, the Tele, The 'Paul and the SG. These 4 are the basics. Each has its reputation for a good, solid, reason. 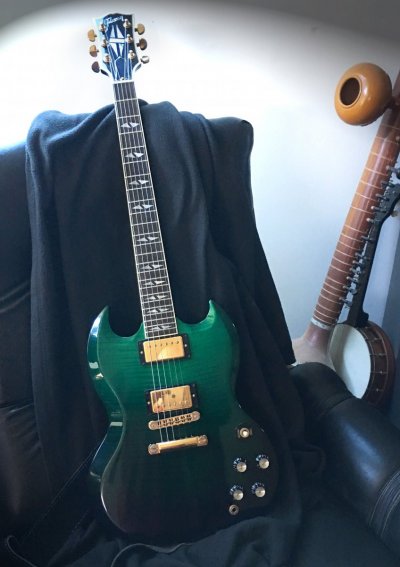 dpang2836 said:
I think SG's usually are a little lighter? I had a 1967 in 1969, but didn't keep it long enough to weigh! I didn't like 9-10 pound Guitars. I scored an Epi LP Special in See-Through Red with P-90's. Original Owner bought it new and Shipping snapped the Neck. Just bought loaded Body and put in a one piece Mahogany Neck, Bound and Blocked. Weighs 6lbs. 2oz. Love It!
Click to expand...

JohnnyMac said:
If I want something different maybe I should consider the P90 version.
Click to expand...

Our daughter bought her fiance an Epi SG, unsure of model, has "worn cherry finish" and P90s....had it shipped here to a) surprise hime, and b) for me to check it all out (YEAH MAN!!!!) Truly nice guitar, the poly on these, dunno what Epi did to them but it feels so much better than my "plasticy" Epi LP.....in fact, I've offered hime my Epi LP or my Wildkat in exchange for his guitar, but no go. I want one, but am not in the buyer's market these days, don't "need" it .... but, of course, this has nothing to do with an SG with humbuckers, so, I guess I've digressed quite a ways, I guess

The LP Special's run nice and Light! No Pickguard, Wrap Around Bridge, no Trim Rings on the P-90. I bought loaded Body for around $100. Tried a Neck like Original, but the Scarf Joint showed up like a sore Thumb! I found a nice one piece Mahogany, Bound and Blocked Neck. These P-90's sound better than a pair of American Fender ones I had! No Hum either! They don't bring much money if selling? Multi-Ply Mahogany or a Veneer, I don't know, but happy with the Weight! 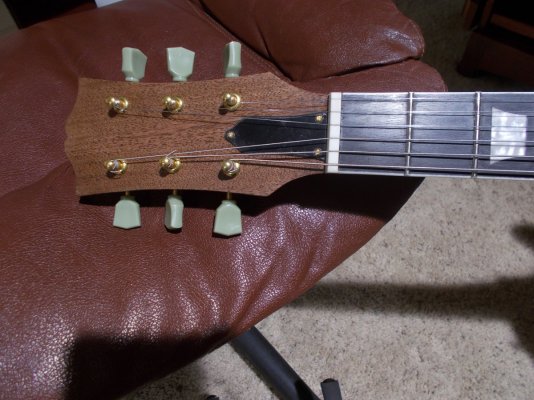 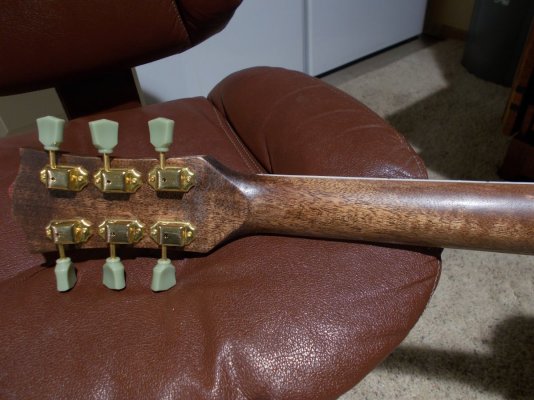 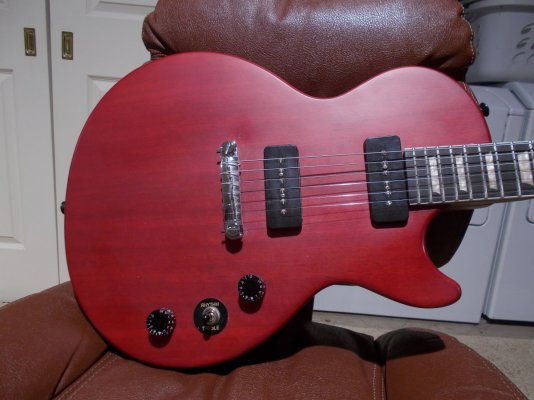 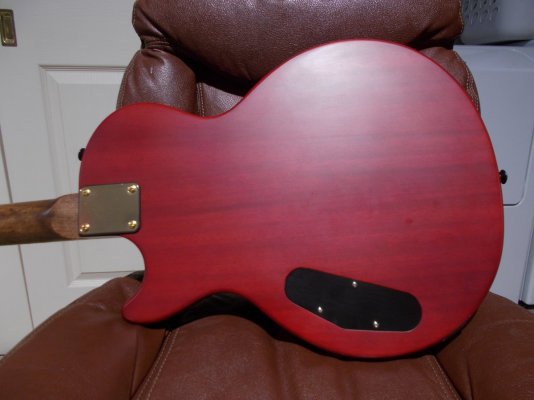 That must be the bolt-on neck Special 1 here, not the set neck. Two different guitars.

The bolt-on was a 100 so dollars and has a thin body. Great great guitar. The best fun/tone to $$ ratio out there. I have two that weight ±6 lb.

The set neck was built in the 90's for a few years and brought back in 2020 with the Inspired by Gibson series. This one has a thick 50's rounded neck and a thick body like a regular LP. Mine weighted 7.5 lb.

dpang2836 said:
The LP Special's run nice and Light! No Pickguard, Wrap Around Bridge, no Trim Rings on the P-90. I bought loaded Body for around $100. Tried a Neck like Original, but the Scarf Joint showed up like a sore Thumb! I found a nice one piece Mahogany, Bound and Blocked Neck. These P-90's sound better than a pair of American Fender ones I had! No Hum either! They don't bring much money if selling? Multi-Ply Mahogany or a Veneer, I don't know, but happy with the Weight! View attachment 237212 View attachment 237213 View attachment 237214 View attachment 237217
Click to expand...