Ok, first I have to give a shout-out to Goodwill. The shipping was fast (1 week with Fedex) and this was probably the best-packed guitar I've ever received. The guitar was totally wrapped in a cocoon of bubble-wrap, and then placed in a large box that was stuffed full of foam peanuts. There was zero damage to the box, so kudos to Fedex. 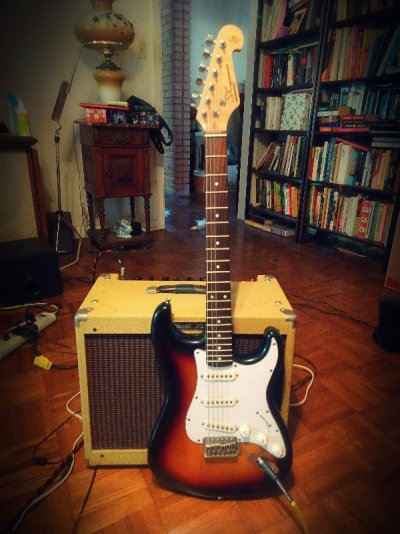 Not sure what model it is. Hawk or something else. It's a Standard Series and came with a satin finish on the neck. My Vintage Series Hawk came with glossy neck finish.

It came missing a string and selector switch, but I knew that when I bid. Cheap, easy fixes.

Out of the box, the guitar was almost unplayable. The strings were about half of an inch off the fretboard up the neck and the bridge was floating super high. The guitar was tuned about two whole steps high. Insane.

I quickly detuned it, took the trem cover off, tightened the trem screws a bit, then CRANKED the saddle screws way down.

Once the action was decent, I tuned it up, plugged it in...and the sounds put a big smile on my face.

These pickups will probably not need to be replaced. And the guitar plays nicely (even with this quick and rough set-up). I'll tighten the truss rod a bit, slap on some new strings (the ones on it are crusty), intonate and have a blast playing this. There is some pinging in the nut when I tune, but luckily I aready have a Tusq XL nut I can put in.

The build quality is as good as my other three SX guitars. I would put it very close if not equal to the Squier Classic Vibes. It actually feels better than the Fender MIM Player Strats I tried at Sam Ash a couple of weeks ago. Those cost about $800.

So far, even though I really did not need another guitar, I'm pleased as punch with this purchase. 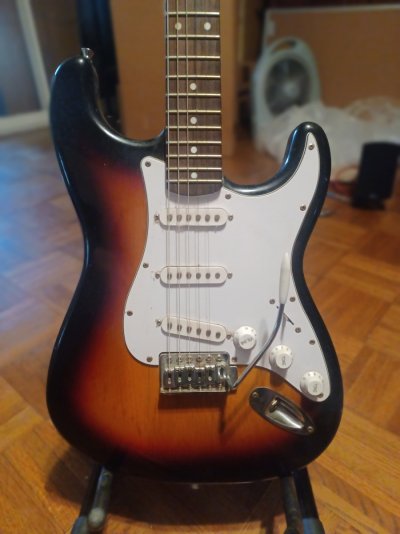 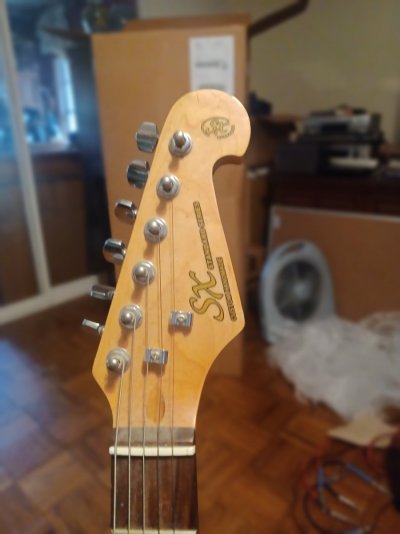 I continue to be tempted by SX guitars...

grizzlewulf said:
I continue to be tempted by SX guitars...
Click to expand...

I’ve bit on a couple, including a Fretless 5 Jazz bass with a beautiful maple fretboard (from Rondo), and a Furrian (CAR Tele from a pawn). Both were nice, serviceable instruments, but neither had anything that kept me reaching for them over others in the stable.

I’ve really been tempted by the P-90 Liquid a number of times (skinny neck has stopped me), as well as the natural Ash Hawk, and Furrian models (Thinline versions especially), just for how nice the bodies look, and the the Ash Furrian with Trem-Leo has been in a shopping cart many a time (if it had a tummy cut, I’d already have one).
The Hawks/Furriens do have a chunky neck profile, but I didn’t bond with the one I had compared to others in the stable I love (Fender, Sawtooth, and C&G).

Hollah, I just won a SGW auction for a SX. Not as nice as yours though, and it's a lefty. Not sure what if I'm gonna string it up Jimi style or if I'll try to learn lefty again. 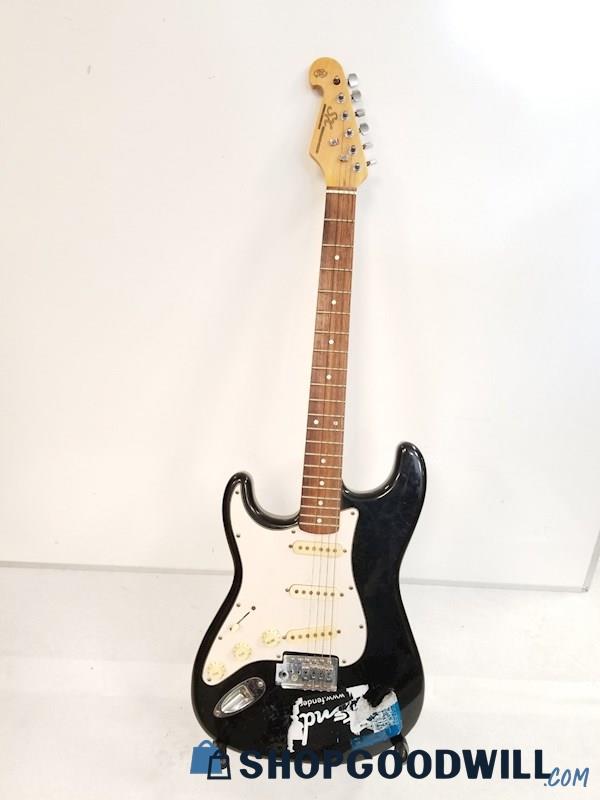 Eddie said:
Hollah, I just won a SGW auction for a SX. Not as nice as yours though, and it's a lefty. Not sure what if I'm gonna string it up Jimi style or if I'll try to learn lefty again.

I would string it Jimi and Joe Perry style 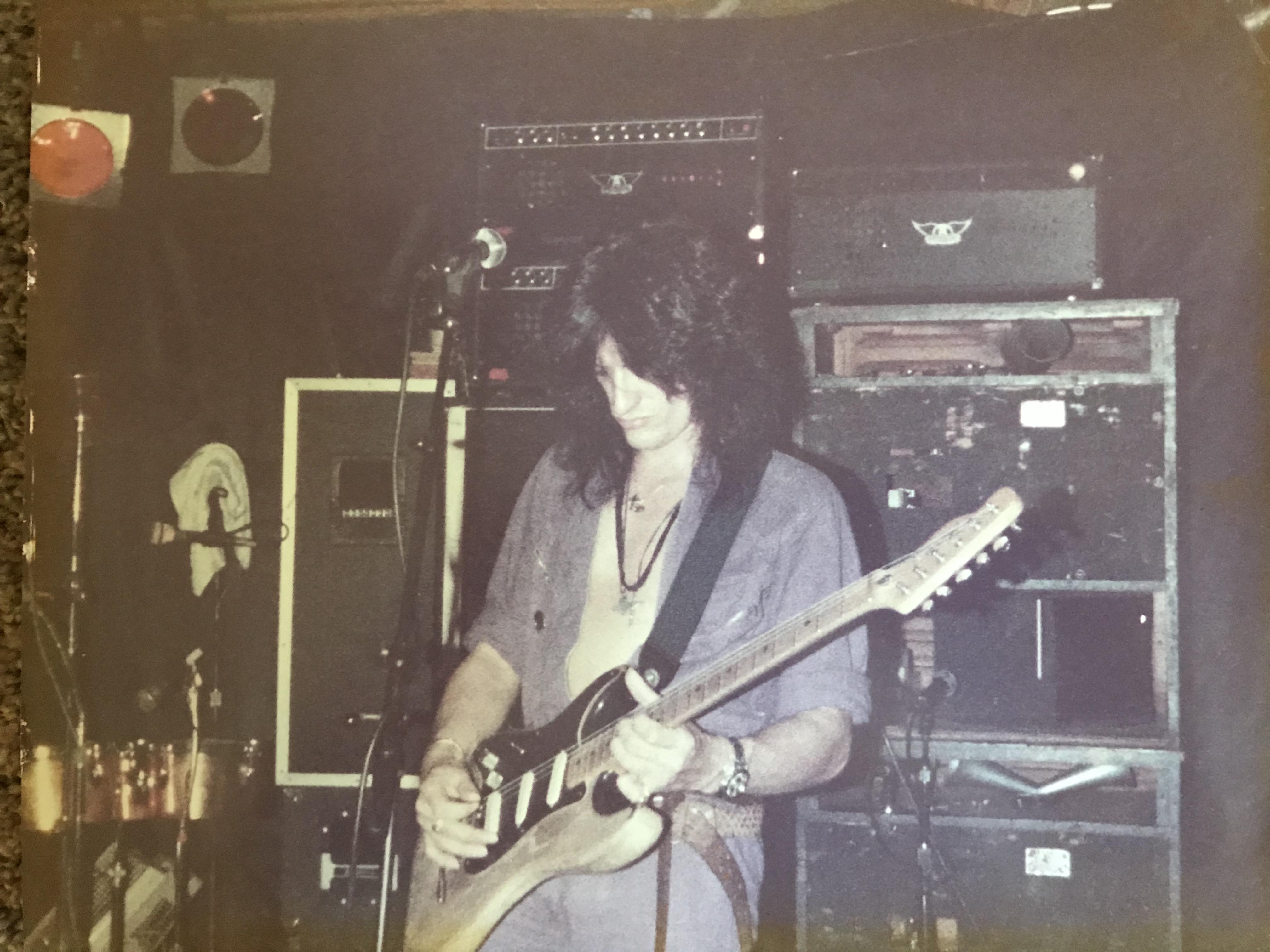 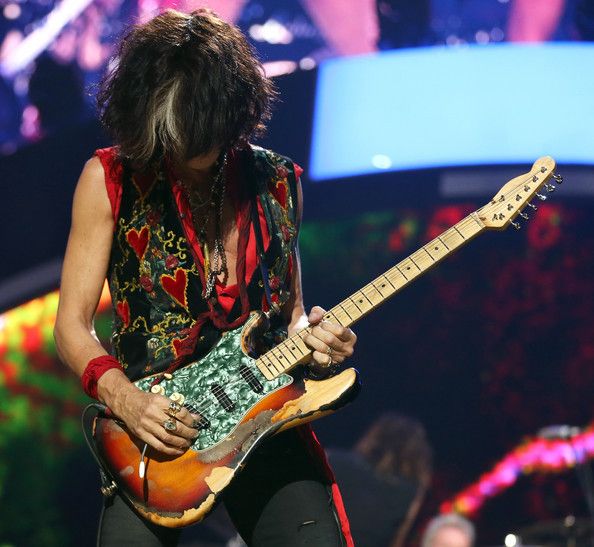 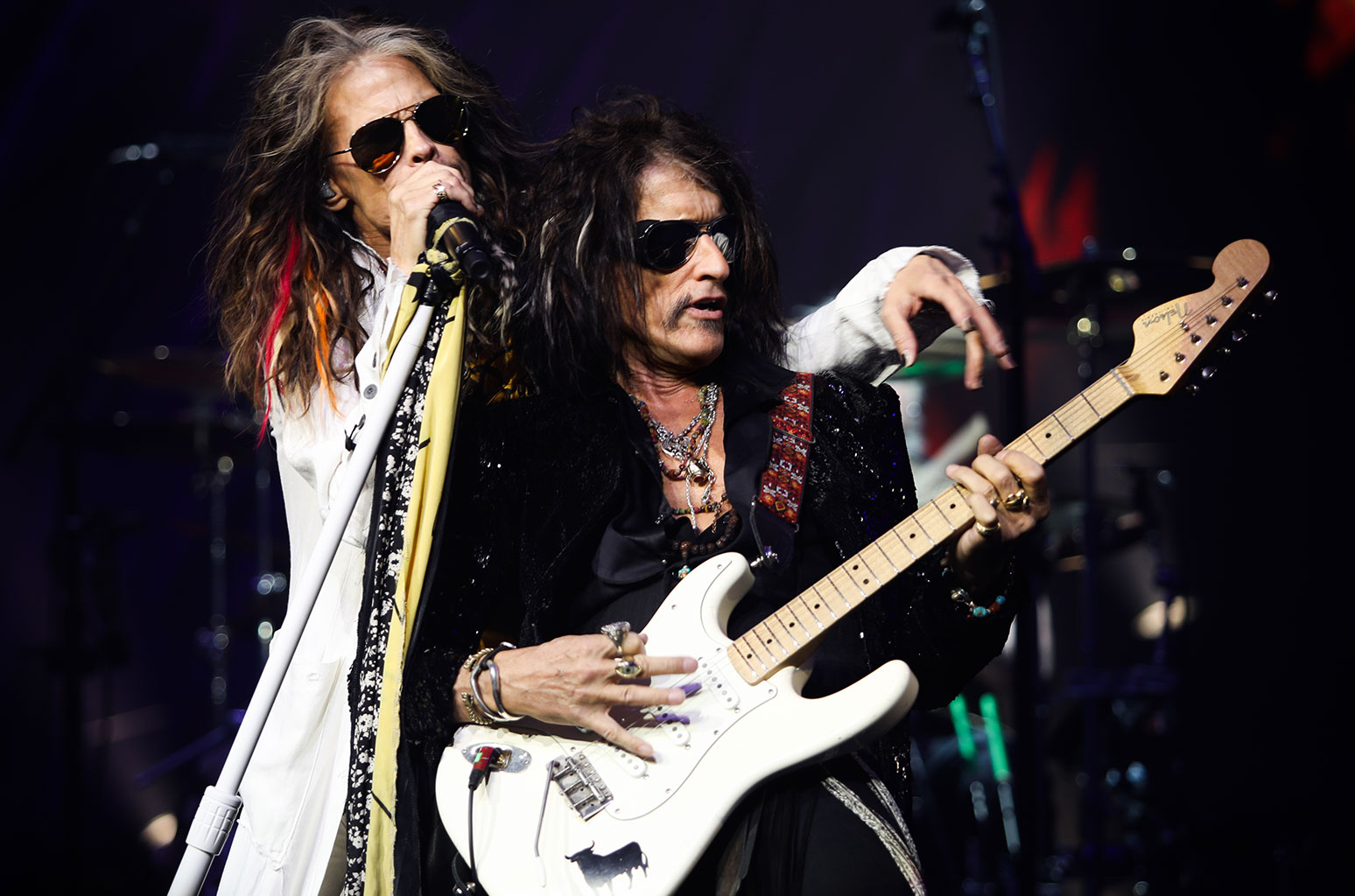 I have a used Sx VTG series fretless bass and it is shockingly nice for a brand that seemingly gets no respect.
R

I'm not too surprised that the SX brand seems to be overall fairly good quality considering it's stablemate in Rondo is the Agile.


radiotech said:
and the the Ash Furrian with Trem-Leo has been in a shopping cart many a time (if it had a tummy cut, I’d already have one).
Click to expand...

Yes, I've had that trem'd Tele in my cart for a long time, but never hit the buy button due to the lack of comfort cuts. I may end up buying a Warmoth Tele body with the cuts and use that as the basis of my "ultimate tele." Altho AGAIN, I'm not in a hurry because I already have two Contemporary Telecaster HHs with the tummy cuts.
G

I have the same guitar got mine for $25 and put in some cheap alnico pickups and locking tuners and a MIM Full Size trem block. Really great guitar for money.

I had a nice SX SS bass, heavy yet played well. A bit neck chunky - I flipped it. I didn't make much but I didn't lose out either.
M