I switched to Reaper over 5 yrs ago now. I used Studio One but didn't like how they want money for every feature.
I was looking at a big bill to update and got Reaper for like $60 instead. 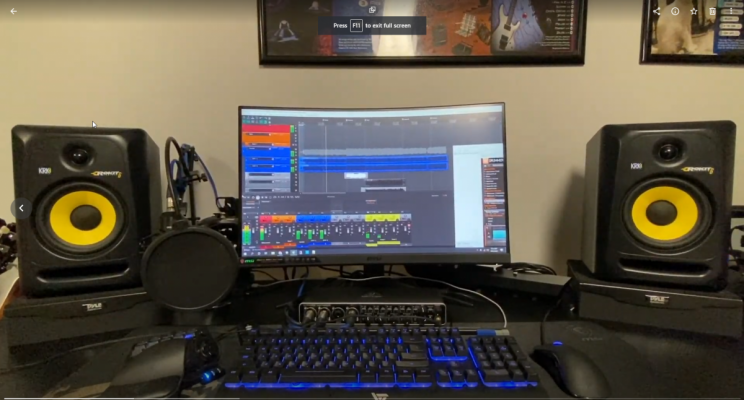 What’s the best way to start with Reaper if you know nothing about DAW, mixing or recording? It’s a little confusing to me. Is there a good tutorial?

Oldguitarguy said:
What’s the best way to start with Reaper if you know nothing about DAW, mixing or recording? It’s a little confusing to me. Is there a good tutorial?
Click to expand...

Reaper has a fantastic user forum. Very active and helpful. I've been using Reaper for over 10 years

Forums for discussing REAPER. For more information on REAPER, go to www.reaper.fm or www.reaperaudio.com
forum.cockos.com

Echoing the rest here, I have Cakewalk and Mixpad. Cakewalk has a little bit more of a learning curve, but is still easy enough if you don't need to figure out the advanced editing features. Mixpad is super simple to understand, and it will tell you after 2 weeks that your trial period has expired. Then go to uninstall it and you'll be given the option to keep it as long as it's only for home and not commercial use.
Last edited: Oct 27, 2022

Any new DAW is a learning curve. But if you want a solid DAW without the constant hemorrhaging of $ to update. Reaper is the one IMO.
With Reaper there are tons of tutorials. REAPER 6.69 update – did you know about the loopback? | The REAPER Blog

Learn about the latest features and changes in the REAPER 6.69 update 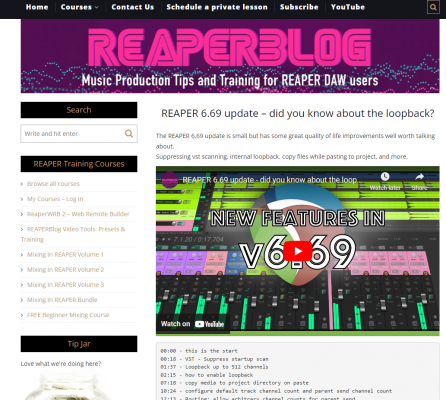 Makes my day that the forums at Squier-Talk almost unanimously recommend Reaper -- I'm a huge fan. Can't stand Pro Fools and there's nothing I've found that PT can do that Reaper can't. You don't HAVE to pay for a copy, their site says something about having the full version to audition for free because they don't believe in throttling back the product to demo. That principle alone got my $60 license fee. Any problems at all, just 'give it a goog'

Oldguitarguy said:
What’s the best way to start with Reaper if you know nothing about DAW, mixing or recording? It’s a little confusing to me. Is there a good tutorial?
Click to expand...

I'll join you for that tutorial. Heck, I need to take a class for this stuff. I'm old school ... I like knobs.

But I'd love to learn how to use software interfaces.
R

I used Cakewalk in the early aughts, and have just recently started using Cakewalk by Bandlab. As others stated, it’s a great program.
S

Another vote for Cakewalk. Completely free, professional-grade DAW that is easy once you get the hang of it.

Maybe Cakewalk has got better. I used it way back but the last time I tried their free version it was terrible. I uninstalled it because it was a pile of $^%@. It has been a couple / few yrs now so I have no clue if it's better now. I would assume and I will say maybe it just didn't like something about my PC at the time. You know how compatibility can be an issue and who knows why it would crash or stutter. I can say Presonus Studio One was really good but they want $ for every little thing. You have to pay extra to export to mp3 instead of wav. You have to pay more to get VST support or buy the Pro version for like $300 or $600 idk I haven't priced it in a long time. But I purchased Reaper for $60 and I have been updating it ever since and it has been great. I haven't had to pay extra and it has been like 5-6 yrs.

I think most DAWs are similar so pick one that works for you and just stick with it. Switching DAWs sucks with the learning curve.

This is my setup in the video. The audio is actually my iPhone but the backtrack is my Reaper DAW playing. Vocals and lead guitar are just running through the computer Monitor speakers. If I'm doing a serious recording it is recorded to the DAW and I just mix the DAW audio with the videos. I was too lazy to do that but in my defense I was just trying the song with electric. I wrote it on acoustic and was just trying electric out with the tune.

I would recommend Cakewalk Sonar personally if you are on Windows, second up would be Tracktion.

My company did a ton of video tutorials for both Cakewalk and Tracktion. We have since put them on our Youtube channel. They are from a few years ago and may be out of date, but still get a lot of views.

+1 for Reaper! The stuff is just nice, AND has a ton of FREE INCLUDED PLUGINS. Yup you heard right- with Reaper you get some effects- a reverb, a compressor,some MIDI interface stuff (did not play around with that yet) , a large multiband EQ, and a rather generic but okay guitar amp sim. Also Reaper works with tons of plugin types you happen to have,VST, VST3, LV2, AAC ...customizable interface and color scheme, and a library of scripts and effects and addons that is constantly evolving, the ReaPack. And many other treasures. Plus the concept is in itself very nice- everything is a track in Reaper. Wanna record something on the go? Add a new track, load your plugins in it .. push record, thatțs basically it for simple stuff. And while strange , its deceptively simple interface has a lot of functionality.. it is not just there, in-your-face kind of an app... it decreases clutter to the minimum but that might be a little problem in the very beginning. So tutorials are very welcome indeed- luckily the net is full of those.

And another hint- for a very cheap interface if you're just starting out or want a portable studio- with a laptop and an interface and nothing much more- try the already old Behringer 202 HD. The stuff is super good and its price is just right. A bit more than the entry-level from the same company but has 192 K ,24 bit and a SNR that is indeed noteworthy. It also has one of the lowest noise floors compared to others of the same ilk. Okay now don't go comparing an Apollo Twin to this, of course that is a bit better- but for the price of the Apollo you could get maybe ..10 of these?

I find Reaper is very easy to use and figure out, and it's not overly demanding on hardware. I'm running it with no problems on a NOBI laptop with an Intel Atom 1.6 GHz, 2 GB RAM, Windows 7.
You must log in or register to reply here.
Share:
Reddit Pinterest Tumblr WhatsApp Email Share Link