This was a modification I saw on a Facebook group, done by a fellow named Ivanov. He claimed it reduced weight, smoothed the action, and increased the amount of after-bridge resonance and harmonics. 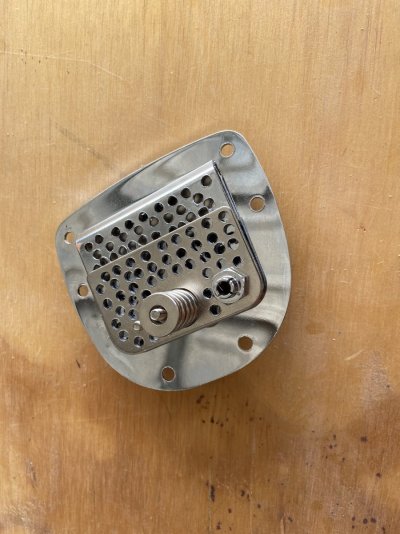 I was skeptical, but had a Squier vibrato unit laying around. Since they have no re-sale value, I thought I would try it, just to see if there was any merit to his claims.

To my surprise, the change was noticeable. The chime and jangle was increased.

Since I always file the sharp edge off the pivot point and grease the pivot and spring, I can’t say whether or not this made the unit smoother to operate. I don’t see how it could.
If this shaved a gram or two off the weight, I am unable to tell.

Any sound bytes before and after?

Not in any convenient format to upload here. I did record with my phone before and after, but I didn’t play the exact same thing in the exact same way, and I didn’t put the phone in the same position. Subsequently, the sound clips are inconclusive.

First-hand experience, the change was subtle but distinct. I wouldn’t take apart a functioning instrument to do this, but since I had the parts and the means to do it, it was fun enough.
A

Ivanov does know what he is talking about. That guy lives and breathes offsets.

KristenLee said:
What did it change in the sound?
Click to expand...

Just a little more chime and sympathetic sound behind the bridge. Nothing to jump up and down about, but noticeable.

Very cool idea! Thanks for sharing that with us.

speelyei said:
Just a little more chime and sympathetic sound behind the bridge. Nothing to jump up and down about, but noticeable.
Click to expand...

Some people try to get rid of those sympathetic sounds behind the bridge, so this may or may not be a good thing. I usually am cool with it but for certain styles it's not ideal 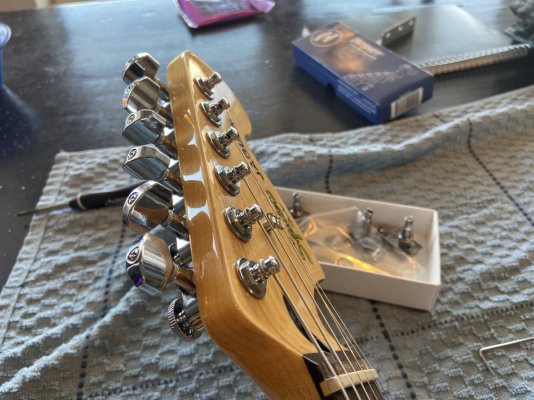 I know that a lot of people absolutely love the vintage style tuners, but I am sold on these hipshot locking tuners. I don’t use the included mounting plates, I just re-drill to fit the new screws.
New strings, used the Ernie Ball Power Slinky, 11-48’s. I have always liked Ernie Ball strings, but I really like these! 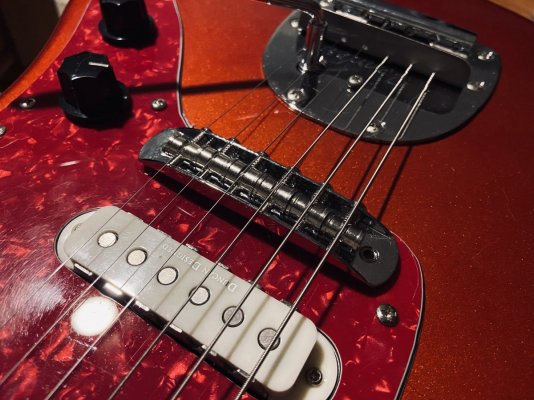 Today was new bridge day, too. I held out with the threaded-barrel factory bridge with grub screws as long as I could. This bridge was a drop-in replacement and so far intonation and action is fine.

And of course, the vibrato gets the Selectravibe installed. 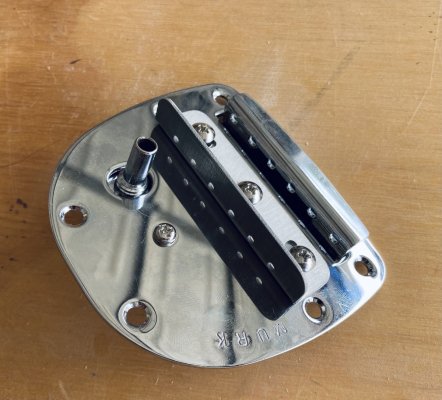 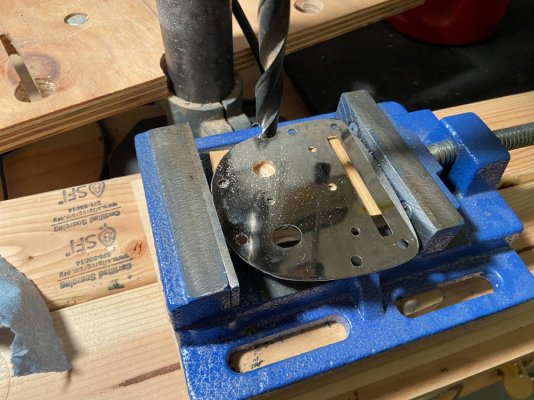 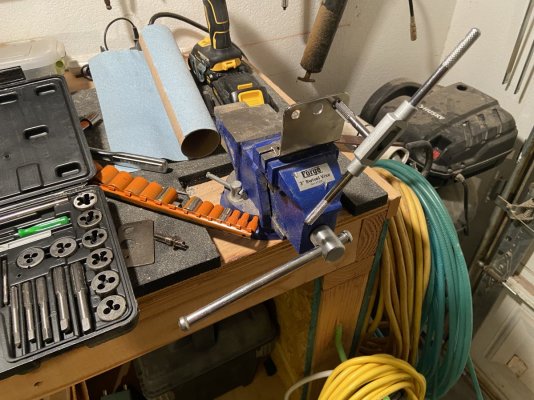 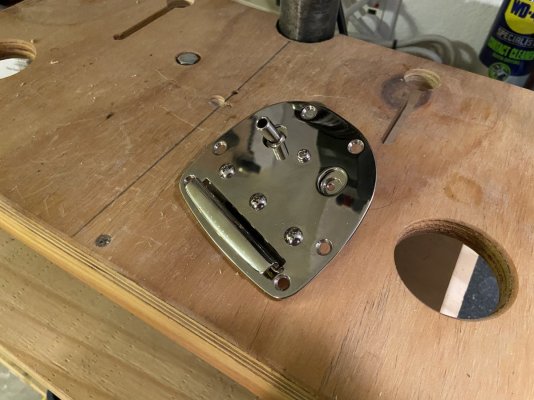 This just lets you flip the collet from one side of the unit to the other, just giving you a little more ergonomic option.

It was an important step, leading to my next philanthropic investigation. Stay tuned around the end of the month, I’ll reveal the fascinating findings for folks from here first!

Interesting device your selectravibe, I assume it lets one run certain strings through the vibrato and others though itself as a top loading hard tail?

Azureglo said:
Interesting device your selectravibe, I assume it lets one run certain strings through the vibrato and others though itself as a top loading hard tail?
Click to expand... 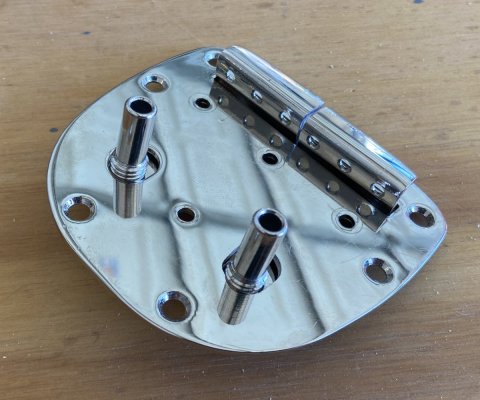 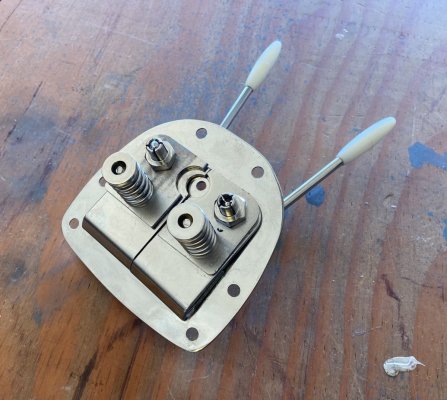 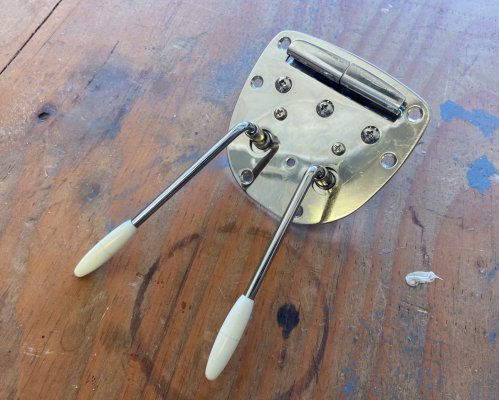 That is really cool.Could they be locked together if needed? 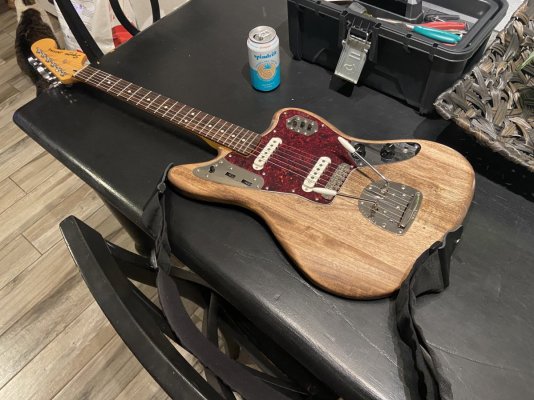 As you can see in the pics, I split the pivot plate in two. You can operate the two sides independently, or together by holding both arms in your hand. Out of the gate, it works really well, but there’s (of course) a little fine tuning to do.

Does the upper arm get in the way of your arm/hand?